This windmills tour leaves Amsterdam behind and steps back in time as you head to the serene Dutch countryside for a taste of the real Zaanse Schans experience. 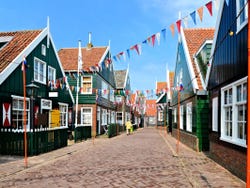 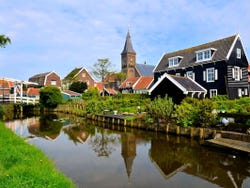 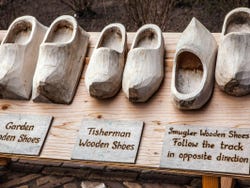 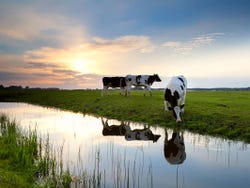 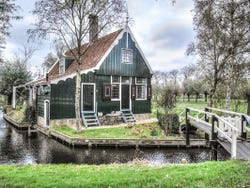 The tour meets at 9 am by the Church of St. Nicholas, where we’ll board our bus on the way to visit the famous windmills of Zaanse Schans and the Westerland: the famous image of traditional Holland!

Zaanse Schans comes first, a town known for its windmills – the lasting mark left by the industry that drove the region in the seventeenth and eighteenth centuries. These windmills were used to produce oil, paint, mustard and paper, among other goods, and you’ll have the opportunity to visit some of them to see how they work.

The area is also home to one of the country’s most iconic products: clogs! On the tour you’ll also visit a workshop which still makes this traditional footwear – much appreciated y peasants and workers in the middle ages, and still worn by some even to this day.

Then it’s on to Marken, a rural fishing village unique for its location as a peninsula (almost island!) jutting out into the bay near Amsterdam. Its greenery blends into the traditional wooden houses painted the same colour, and it retains its traditional air, giving you the feeling of stepping back into Holland’s history.

Then just a few kilometres away are the villages of Edam and Volendam. Edam is famous around the world for its cheese, but in the middle ages it was one of Europe’s most important ports. And Volendam, despite its rural charm is known as one of the most vibrant cities in the north of Holland.

Here you can explore the picturesque streets, see the traditional clothes of the locals, or hear the Palingsound or “sound of the eel”.

You’ll have free time to eat lunch, before arriving back in Amsterdam at about 5 pm.

Visit to a cheese factory.

Visit to a clog making workshop.

US$ 34.40
Free cancellation up to 48 hours before the service starts
Book

They tour cuides Mar and Javi are excellent!! Evwrything was perfect. They only exception was they drivers, a bit bad tempered. All un all, highly recomendable

Brilliant day out. Guide Raquel was very good.! Cheese was tasty & although weather not good it was a nice trip. Interesting places to see.

8.80 / 10 435 reviews
Enjoy this double excursion, which includes tickets to the old Heineken Experience brewery and a boat trip along the Amsterdam canals. Two unmissable city sights!
US$ 38.10
Book
like Skip the line

8.50 / 10 11 reviews
Head into the Madame Tussauds Museum in Amsterdam and enjoy posing with your favourite celebrities. Adele, Rafael Nadal and Kate Moss are waiting to meet you!
US$ 24.30
Book
like

8.60 / 10 34 reviews
On this trip, we make our way into Belgium to discover Bruges, "The Venice of the North", and one of the most impressive and best conserved medieval cities in the world.
US$ 70
Book