Discover the historical heritage the charming location in the Basque Country Day with this Vitoria Day TripVitoria Day Trip. You'll see other interesting locations, such as the famous Vizcaya Suspension Bridge. 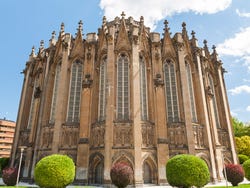 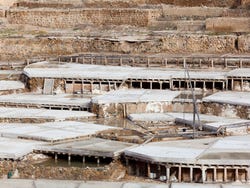 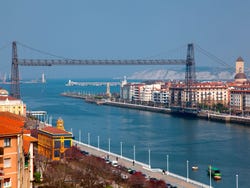 After picking you up at your hotel, we'll leave Bilbao in the direction of Vitoria-Gasteiz. One hour later we'll arrive in the capital of Alava.

We'll take a guided walking tour of the historic centre of Vitoria. We'll stroll through the Plaza de la Virgen Blanca, the centre of the city, to the Basque Parliament. We'll also visit other outstanding places in Vitoria such as the Cathedral of Santa María. Its medieval architecture inspired Ken Follet to write his most successful novel: "The Pillars of the Earth".

At the end of the city tour, we'll return to the bus to go to the Añana Salt Flats. We'll travel through the "Salt Valley" to learn first-hand how the famous Añana salt was produced. The exploitation of its natural resources flourished during the Middle Ages, making it one of the most important salt mines on the Iberian Peninsula. The tour will continue to Orduña, to learn the reason for its particularity, located in the province of Álava.

We'll then cross the beautiful natural landscape of the Ayala Valley to regain our strength with lunch in Balmaseda. After lunch, we'll head towards the industrial area of Portugalete. Here we'll cross the Bilbao estuary via the Vizcaya Suspension Bridge. This extraordinary work of engineering, declared a UNESCO World Heritage Site, was one of the first footbridges in the world, having been inaugurated at the end of the 19th century.

On the other side of the estuary, the district of Las Arenas, in the municipality of Guecho, awaits us. From here we'll finally return to Bilbao at around 5 pm.

For bookings made with only one adult and one or more children, one child must pay the adult rate.

Pick up and transfer back to the hotel.

Entrance to the Salt Valley.

Ticket for the Vizcaya Bridge ferry.

9.40 / 10 2,163 reviews
Delve deep into the stories and secrets of Bilbao's historic centre on this free tour of the best known areas of the Biscay capital. What's more - it's free!
Free!
Book
like

8.80 / 10 161 reviews
Travel through the northern Spanish region with this Basque Coast Day Trip. Discover its main tourist attractions including Getxo, Butron Castle and Mungia.
US$ 70.60
Book