Complete your stay with a Foz de Iguazu Private Day Trip for you and your partner, family or friends. Excursions, bike tours, cultural visits, shopping... You choose! 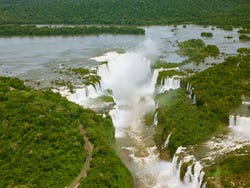 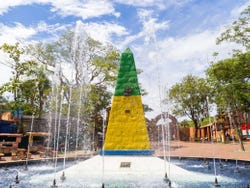 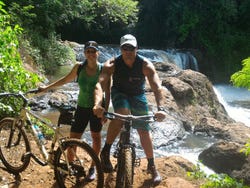 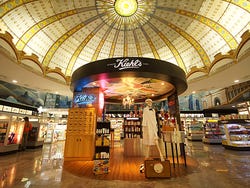 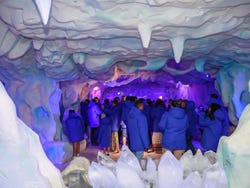 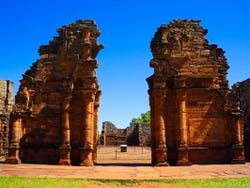 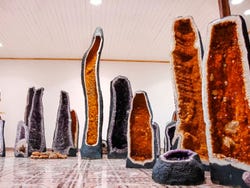 If you have several days in Foz de Iguazu and you don't want to miss anything, you can book any of our private tours. These tours last between 2 and 12 hours and include pick-up from your hotel and return transfer, transport in a private vehicle and an English speaking guide.

Brazilian side of the Iguazu Falls (4 hours)

We'll start at the Iguazú National Park Visitors' Centre to have a first view of the famous waterfalls, with photos and maps of the park, and then we'll move on to the magnificent Iguazú Falls, one of the seven natural wonders of the world.

Once there, we'll walk for one kilometre to the Garganta del Diablo and then follow the road to Porto Canoas to see the Iguazú River at its best. The itinerary will be similar to the Iguazu Falls excursion (Brazilian side).

Timetable: This tour operates from Tuesday to Sunday at 9 am.

Argentine side of the Iguazu Falls (6 hours)

We'll cross the border with Argentina to go to the Visitor Centre of the famous Iguazu Falls, one of the seven natural wonders of the world. Afterwards, we'll take a tourist train that will leave us a few meters from the Garganta del Diablo, the most famous waterfall in the world, which has an 80 metre drop. The itinerary will be similar to the Iguazu Falls excursion (Argentine side).

Timetable: The excursion leaves every day of the week at 9 am.

We'll pick you up and go to the Iguazú National Park. We'll ride 11 kilometres in a pleasant bike ride, where we'll stop to rest and admire the famous waterfalls of up to 80 metres, as well as observe the fauna and flora. The route we'll follow will be similar to the Iguazú Falls cycling tour.

Schedule: The tour leaves from Tuesday to Sunday at 9 am.

We'll visit one of the most emblematic places in Iguazú: the Three Borders Landmark, where the borders between Brazil, Paraguay and Argentina converge. We'll see the obelisks painted with the colours of each country, as well as the Cabeza de Vaca memorial, in honour of the discoverer of the Iguazú Falls. Finally, we will contemplate the beautiful sunset at the viewpoint from which we can observe the union between the Iguazú and Paraná rivers. We'll follow a similar itinerary to the Three Borders Landmark Tour.

Timetable: This tour leaves every day at 5 pm.

We'll cross the border with Paraguay, only 20 minutes away from Foz de Iguazu. We'll arrive in Ciudad del Este and take a panoramic tour to see the Club Atlético 3 de Febrero stadium, the Palace of Justice, the San Lucas parish church, the Eastern mosque and the San Blas cathedral. We'll continue the visit in the waterfalls of the Monday river and, to finish in the best way, be going to the Mara steakhouse so that you can taste its succulent dishes at the barbecue. The tour will be similar to the Ciudad del Este Tour.

Timetable: The excursion leaves every day at 8 am.

Before crossing the border, we'll stop at the Three Borders Landmark, where Brazil, Argentina and Paraguay meet, a point that represents the union of cultures. We'll then visit the Oda Vinoteca, to learn about oenology while tasting its wines.

Then we'll go to the Feirinha market. Here you can try the famous Argentinean roast, as well as empanadas, alfajores or dulce de leche - a real treat! Finally, we'll visit the Ice Bar Iguazú and you'll have half an hour of open bar to taste its drinks. The itinerary will be similar to the Puerto Iguazú Tour.

Schedule: this excursion operates every day at 5 pm.

We'll arrive at Ciudad del Este by crossing the border with Paraguay and there you'll have four and a half hours of free time to explore the commercial establishments of this cosmopolitan city. Fashion, jewellery, handcrafted products, luxury items... You'll be able to do all your shopping in the most popular shopping centres in the city. This tour follows a similar itinerary to the Ciudad del Este shopping tour.

Timetable: We'll pick you up at your hotel at 7 am. This tour doesn't operate on Sundays.

We'll cross the border between Brazil and Argentina, where the famous Wanda Mines are located. We'll go through their tunnels while observing semi-precious stones such as agate, amethyst, topaz or quartz. Then we'll visit the San Ignacio ruins, the best preserved Jesuit monumental site in Argentina. During the tour, we'll be able to appreciate the details of the peculiar architecture of this baroque building from the 18th century. We'll follow a similar route to the Wanda Mines and San Ignacio Ruins tour.

Timetable: Pick up will be at 8 am.

Brazilian side of the Iguazu Falls Day Trip

Argentine side of the Iguazu Falls Day Trip

Pick up and transfer back to the hotel.

Private and exclusive tour, there will be no more people in the group.

All services published on Civitatis are carried out in accordance with our Sustainability Code.

Per group from
US$ 41.60
Free cancellation up to 24 hours before the service starts
Book

8.70 / 10 3 reviews
Experience samba, tango, Mexican mariachi, and much more at this amazing Latin folklore show whilst tasting the fantastic local cuisine in Foz do Iguaçu.
US$ 31.60
Book
like

No rating yet
Join us on a fantastic trip to the indigenous village of Yriapu in a remote corner of Argentina, where you will witness ancient traditions first hand.
US$ 132.30
Book