Discover the old town of one of Germany's largest cities on this Frankfurt Free Walking Tour. You'll see how its wooden houses combine perfectly with its imposing skyscrapers. 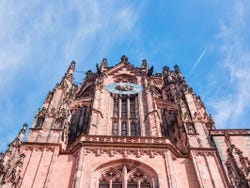 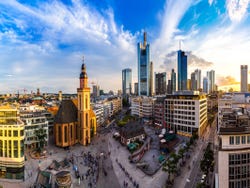 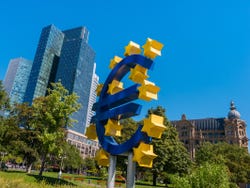 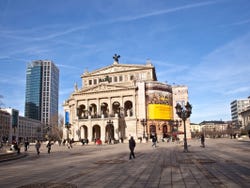 We'll meet in the centrally located St. Bartholomaus Cathedral, which in the 18th century received the title of "Imperial Church", as the Germanic emperors were crowned here. From there we'll begin our guided tour of the most symbolic spots around the European Union's financial capital, such as its city hall.

In this beautiful and colourful corner, we'll tell you the German city's origins and how it has evolved. As we discover Frankurt's past we'll walk around the old town past its small pastel-coloured houses with wooden frames.

The tour will then continue on to St. Paul's Church, which was chosen as the seat of Frankfurt's Parliament in the mid-19th century because of its oval shape. We'll carry on through the city's financial district, and encounter its impressive skyscrapers. Did you know that this area is nicknamed "Mainhattan"? The European Central Bank, the financial headquarters of the European Union, is located there, and the euro monument is located at its entrance.

The Frankfurt Free Walking Tour will end at the Main riverbank, at the Eisener Steg. The bridge is famous for its panoramic view of the city's skyline.

This tour doesn't accept bookings for groups of more than 6 people. If you're a group of more than 6, you should book the Private Tour of Frankfurt.

7.70 / 10 37 reviews
A boat trip on the river Main is one of the best ways to see the elegant city of Frankfurt and its captivating medieval quarter.
US$ 11.90
Book
like

7.40 / 10 25 reviews
The Frankfurt Card offers free access to public transport and discounts on more than 40 attractions, including the Goethe muesum and the opera.
US$ 13.10
Book
like New

New
Take in the bird's eye view over river Main as it flows through Frankfurt with this Frankfurt Flyover Tour for those who love heights!
US$ 399.70 per group
Book