Explore the places where the Beatles first met and took their first steps as a group! Visit the famous Cavern Club and discover stories and secrets surrounding the most famous band in history. 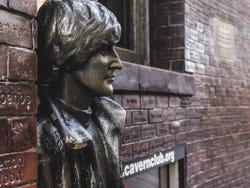 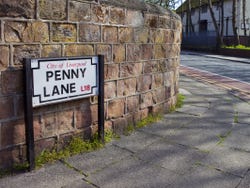 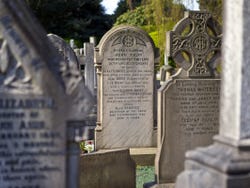 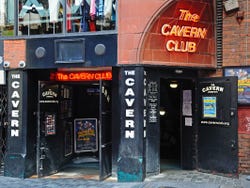 The Beatles Tour of Liverpool

The tour meets by the train station, and from there we'll begin a tour in a private vehicle, taking in the history of the Beatles, the most famous band to ever live! Following in the footsteps of John, Paul, Ringo and George in their native Liverpool, we'll visit the houses where they spent their childhoods first learning their instruments, the schools where they studied, and even the real-life Strawberry Fields!

With the most famous of the Beatles songs ringing in our ears we'll arrive at Penny Lane, Liverpool's most photographed street thanks to the song which bears its name. And you'll learn about the origins of the Beatles, outside St. Peter's Church where John and Paul first met. And it's in the cemetery next door where you can find the tomb of another famous character from the Beatles world: Elanor Rigby!

Aboard your private vehicle we'll explore Liverpool from top to bottom, talking about how the band got on, which other musicians formed part of the group, or how some of their most famous songs came about. All in the city it took place!

To put the Beatles tour of Liverpool to an end, we'll make our way to Matthew Street. This bustling street filled with pubs is an essential visit to any Beatle fan - home to the famous Cavern Club, where the band played almost 300 times.

Beatles fanatic guide throughout the tour.

Entrance to the Cavern Club

9.50 / 10 1,034 reviews
If you have just arrived in Liverpool, there is no better way to get to know it than with a free tour of the city that saw the birth of the Beatles.
Free!
Book
like Free

9.60 / 10 10 reviews
Discover the history and hometown of one of the most influential bands in the world with this free tour of the Beatles in Liverpool.
Free!
Book
like

No rating yet
Enjoy a private guided walking tour of Liverpool just for you and your partner, family or friends reserving this exclusive activity.
US$ 194.60 per group
Book