Find out about the time in which the people of Madrid rose up against Napoleon's troops with this 2nd May 1808 Uprising Tour. Discover the traces from this turning point against French rule 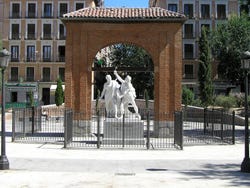 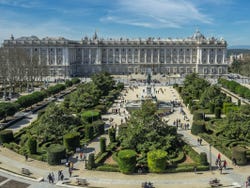 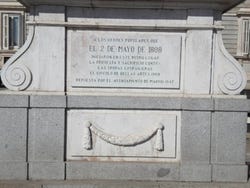 The 2nd May 1808 uprising left a deep mark on Madrid. We'll begin to remember its history by meeting at the chosen time at the Plaza de Isabel II. Just a few meters away, at the Puerta del Sol, we'll see a plaque explaining that this is where the first violent confrontation between the Napoleonic troops and the citizens of Madrid took place.

Continuing through the centre of Madrid past locations including the Plaza Mayor, whose porches also witnessed the fighting, we'll arrive at the Plaza del Dos de Mayo. Here we'll find out the history of the old Cuartel de Monteleón, defended from the French by brave captains such as Luis Daoíz and Pedro Velarde. The fierce fight was not only limited to the military but also civilians, including the young embroiderer Manuela Malasaña, whose courage is honoured in the Madrid neighbourhood that bears her name.

Apart from the heroics of Daoíz, Velarde and Malasaña, the May 2nd 1808 Uprising left behind other interesting details. For example, did you know that the prisoners inside the Royal Prison of Madrid were momentarily released so that they could fight against the French? The most unusual thing was that at the end of the day most of the prisoners returned to their cells.

After an hour and a half, the tour around the Spanish capital will end by recalling more unknown facts about the events that took place on the tragic 2nd of May 1808.

English speaking guide with expert knowledge in the history of Madrid.

US$ 18.20
Free cancellation up to 24 hours before the service starts
Book

9.30 / 10 279 reviews
Take a free walking tour of Madrid and discover its most emblematic areas, monuments and buildings accompanied by a local bilingual guide and learn about its history and legends.
Free!
Book
like -38%