Found to the East of La Valeta port, the towns of Vittoriosa, Cospicua and Senglea, known as 'The Three Cities' have a long cultural heritage. Don't miss this tour, taking in all three.

Found to the East of La Valeta port, the towns of Vittoriosa, Cospicua and Senglea, known as 'The Three Cities' have a long cultural heritage. Don't miss this tour, taking in all three. 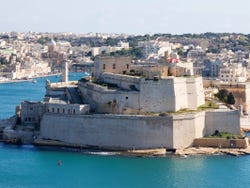 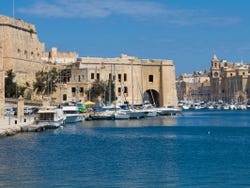 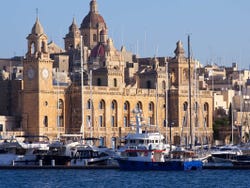 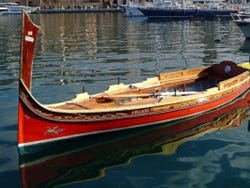 Having picked you up at your hotel, we'll make our way to the Eastern bank of the Valletta port to visit its famous historic cities.

First, we'll cross the Cospicua historic centre (also known as Bormla) which is home to numerous monuments built by the knights of the Knights Hospitaller. Our first stop takes place in the town of Vittoriosa, known as Birgu by the Maltese. We'll tour its delightful medieval centre which was, thanks to its strategic position, was the capital of Malta until 1565. This was the year in which Vittoriosa faced disaster, leading to the construction of a new capital in La Valeta. Do you know what disaster this was?

You'll take in the various monuments in Vittoriosa, such as the Fort St. Angelo, from where it will be clear to see the military importance this enclave once had. From the port we'll launch on board a dgħajsa (the traditional Maltese boat), enjoying a cruise around the Valletta port. The cruise then concludes in the Sengela port, the city where we'll visit the Gardjola Gardens - with some of the best views on the entire island of Malta.

Then from Senglea, we head back to the various hotels in Malta.

This tour includes hotel pick up between 8:15 and 9 am, from the main hotels in Malta. Having made your reservation, We'll contact you to confirm the exact time and place.

Transport in an air conditioned minibus.

The indigenous community participates in the management of the activity.

US$ 39.10
Free cancellation up to 24 hours before the service starts
Book

I am on the 4th excursion with civitatis, they are always on time. The guides are very friendly and answer all of our questions. Excursion of the 3 cities is very interesting. Opinion translated. Show original.

Very comfortable pick-up and drop-off. Celine was perfect as a guide and made us have a wonderful morning. Opinion translated. Show original.

6.90 / 10 7 reviews
Get onboard a catamaran and discover the beauty of Malta by sailing its best beaches and bays. You'll love the exquisite views and the turquoise waters.
US$ 47.40 US$ 41.50
Book
like

8.80 / 10 29 reviews
Explore one of Malta's most charming locations with this Comino Island & Blue Lagoon Cruise. Visit the famous blue lagoon and snorkel in the marina.
US$ 29.60
Book