Visit one of the most beautiful cities in southern Sri Lanka, declared a UNESCO World Heritage Site, with this Galle Day Trip. Immerse yourself in its exciting history with this tour from Negombo. 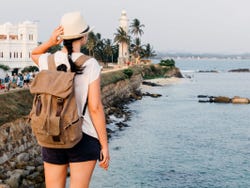 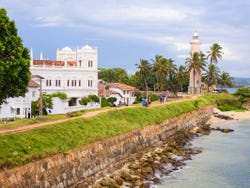 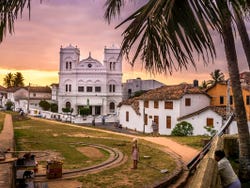 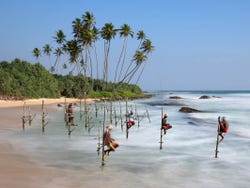 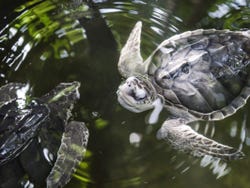 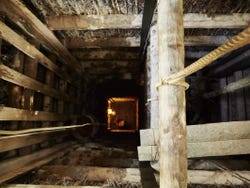 At 7 am we'll pick you up from your hotel in Negombo and head to Galle, one of the most historic cities in Sri Lanka.

First, we'll visit the famous Galle Fort, which has been declared a UNESCO World Heritage Site. In the 16th century, the Portuguese built this bastion to protect one of the most important ports in the Indian Ocean at that time.

The excursion will continue to Galle's southern beaches, where we'll visit its famous turtle farm. You'll also see the nearby coves where locals practice stilt fishing, a very particular fishing technique that was invented precisely in this area of Sri Lanka.

After an hour of free time to eat, we'll visit the Tsunami Museum and discover how the great tidal wave that devastated the Indian Ocean coast in Christmas 2004 occurred. This natural disaster has been the inspiration for films such as The Impossible, directed by Spanish filmmaker Juan Antonio Bayona.

Our final stops will be a herb garden and the Moonstone Mine, which according to legend holds stones from the moon itself.

The tour will end returning to your hotel in Negombo, arriving at 7 pm.

If you prefer, you can book the same day trip departing from Colombo.

Transport in car or minibus, depending on the size of the group.

Private and exclusive tour, there won't be anyone else in your group.

Entry to the museums and monuments visited US$ 20 per person.

No rating yet
The Temple of the Sacred Tooth, an elephant orphanage and many other surprises await you with this Kandy Day Trip from Negombo. Be captivated by its charm.
US$ 125 per group
Book
like

No rating yet
Take a close look at the famous elephants with this Udawalawe Day Trip from You'll meet the impressive animals that reside in the interior of Sri Lanka!
US$ 212.50 per group
Book
like

No rating yet
Visit one of the most popular towns on the west coast of Sri Lanka with this private Negombo City Tour. Let yourself be surprised by its great heritage.
US$ 93.75 per group
Book