Travel along the course of the second-longest river in the Algarve with this Arade River Boat Tour. Get to know the medieval past of the cities located on its banks. 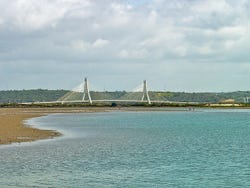 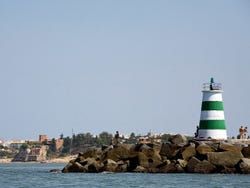 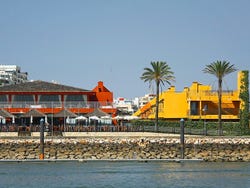 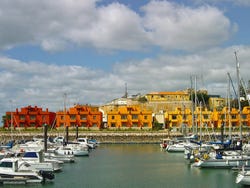 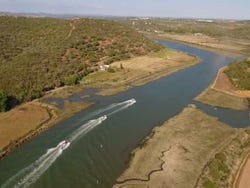 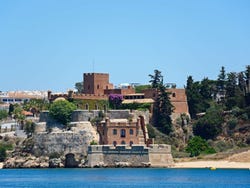 At the time of your choice, we'll meet at São Francisco dock to start this boat trip around Portimão.

For 2 hours, we'll cross the waters of the Arade River, the second longest river in the Algarve. This river begins in the Serra do Caldeirão and runs through some of the most important cities in the region until it flows into the Atlantic, specifically to the east of Praia da Rocha.

Along the crossing, we'll pass by the small fishing village of Ferragudo and you'll to see the São João do Arade castle, built in the 15th century to control the movement of the boats that arrived by the river.

We'll continue sailing along the banks of the Arade passing by the Portimão Marina and the area of Ribera, populated by sardine restaurants. This part of the town also has the old fish canning factory, now converted into the Portimão Museum.

Before returning to the starting point, we'll see the charming medieval town of Silves, which was the capital of the Algarve.

All of our providers comply with local legislation and applicable health recommendations regarding protection and safety, to help avoid the spread of Covid-19. Specifically, the provider of this tour will apply the following measures: Show more

The activity takes place with a guide that speaks in english and other languages.

40% discount on the official ticket price.

US$ 42.40
US$ 25.40
No hidden fees or surcharges
Free cancellation up to 24 hours before the service starts
Book

10 / 10 10 reviews
Discover one of the Algarve's most precious coastal treasures on this boat ride to the Benagil Caves where you can also enjoy kayaking and paddleboarding!
US$ 48.50
Book
like Free

10 / 10 4 reviews
Do not miss the free tour of Portimão, on which you'll discover best that this charming port city has to offer! Don't miss out!
Free!
Book
like

8.70 / 10 18 reviews
The Algarve coast is one of the most beautiful landscapes in the world. Discover it on a boat trip to the breathtaking Benagil Caves.
US$ 42.40
Book