Visit the incredible Salinas Grandes salt flat on this day trip from Salta and admire a magnificent "white desert" in the middle of the Andean plateau. 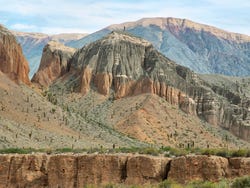 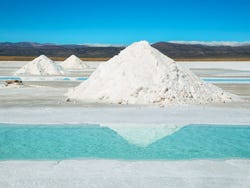 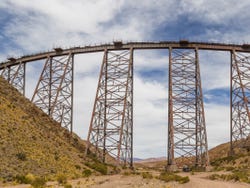 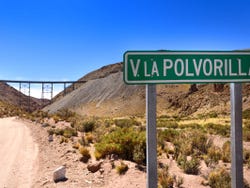 Between 7 am and 7:30 am we'll leave Salta behind and set off for the Quebrada del Toro. We'll go on a short hike across its famous viaduct to enjoy the views of this spectacular gorge located in the north of Argentina. From here we'll also marvel at the tracks of the Tren a Las Nubes, meaning "Train to the Clouds", at over 4200 metres, one of the highest in the world!

We'll follow the route to the town of Santa Rosa de Tastil. We'll also stop in San Antonio de los Cobres where you can get something to eat. After lunch, we'll head through other beautiful villages in the area until we reach the Salinas Grandes: the third largest salt flat in South America. We'll explore this spectacular landscape and marvel at the whitish tone of the sodium chloride mixed with turquoise and brown tones. This "white desert" at 4,000 metres above sea level is one of the most breathtaking natural wonders of northern Argentina!

On the way back, we'll stop at the Cuesta del Lipan hill and descend to Purmamarca, where we'll see the famous Cerro de los Siete Colores, meaning the "Hill of Seven Colours". After admiring the scenery and visiting the craft fair in Purmamarca, we'll return to Salta, arriving by around 7:30 pm.

This tour includes pick up from hotels in the centre of Salta. If you're staying elsewhere, we'll pick you up from the following meeting point in Salta: number 45 Calle Buenos Aires.

Transport by bus or minibus, depending on group size.

You can book up until 7 hours before the activity as long as there are still places. Book now to guarantee your spot.

The tour and its stops were simply breathtaking, Eduardo was great guide! I just wish we had more time at the salt flats and also at the village town called Purmamarca... these two where highlights to us, 1 hour at each spot would be better instead of 30 minutes. But nevermind, we enjoyed this tour so much. It was really well organised. Gracias!

10 / 10 2 reviews
Discover the dazzling colours of the northern Argentinian mountains on this day trip to Humahuaca and the Serranía de Hornocal.
US$ 42.80
Book
like

10 / 10 2 reviews
Discover the stunning landscapes along Argentina's legendary 'Ruta 40' when you take our fantastic safari from Salta.
US$ 70.10
Book