Visit the town that suffered one of the greatest massacres after World War Two with this Srebrenica Day Trip. Discover the important and terrifying history of the northeast Bosnian town. 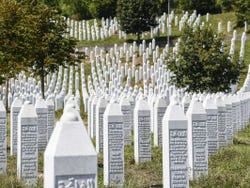 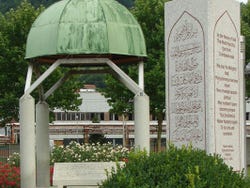 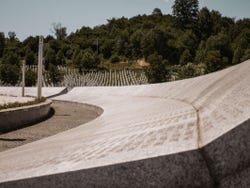 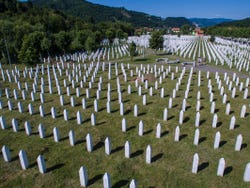 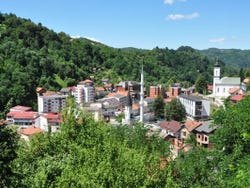 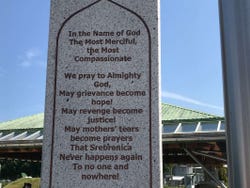 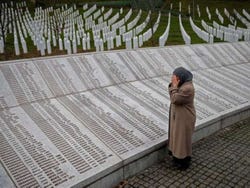 We'll pick you up at your hotel in Sarajevo at 8 am and board a minibus to Srebrenica, a town known for its great tragedy.

During the two and a half hour trip, we'll pass through Vlasenica, Milici and Bratunac, towns that suffered throughout both the Second World War and the Bosnian War.

On arrival in Srebrenica, a village between mountains, we'll find out about one of the bloodiest massacres in the history of Europe after the Second World War. It was here that the Srebrenica Genocide took place, in which more than 8000 ethnic Bosnian Muslims were killed in June 1995.

We'll visit the Srebrenica Genocide Memorial, a memorial that honours the victims and was inaugurated in September 2003 by former U.S. President Bill Clinton.

As we tour the area we'll learn about the important moments during the massacre, such as the UN's ineffective role, the reasons that led the Bosnian Serb general Ratko Mladić to order the attack and the consequences that this genocide had at an international level. Furthermore, you'll have the opportunity to meet a survivor of Srebrenica, who will tell us what happened in July 1995.

We'll also see the UN base Dutchbat and the Genocide Museum in Srebrenica. Then you'll have two hours of free time in the centre of the town. We'll meet back up to enjoy a meal consisting of traditional dishes such as Ćevapi and Bosnian cake.

Before returning to Sarajevo, we'll reveal the secrets relating to Srebrenica's water, which is very beneficial for your health! The tour will end arriving at your hotel at 6 pm.

No rating yet
Delve into the fascinating history of the former Yugoslavia when you take this brilliant trip to Višegrad.
US$ 93.70
Book
like

No rating yet
Discover the Olympic side of Sarajevo when you take this trip to the mountains of Bjelasnica and Igman mountains, the venues of the 1984 Winter Games.
US$ 42.60
Book
like

Mostar and Four Pearls of Herzegovina

9 / 10 10 reviews
Discover five enigmatic locations of Sarajevo in just one day, on this fantastic trip to the Four Pearls of Herzegovina and the fairytale city of Mostar.
US$ 85.20
Book