Delve into the history of former Yugoslavia and discover one of the best kept secrets in the Balkans with this tour of Tito's Bunker in Konjic. 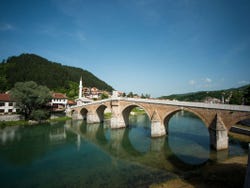 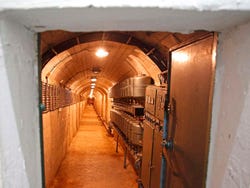 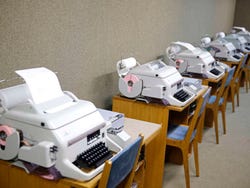 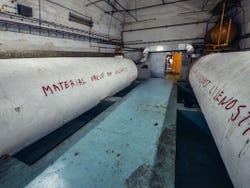 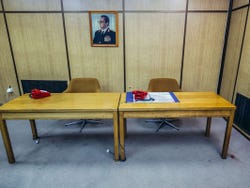 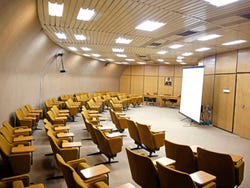 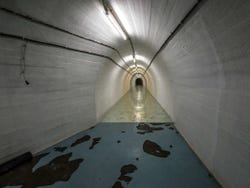 After picking you up from your hotel in Sarajevo at 8 am, we'll set off to the town of Konjic, located an hour and quarter southwest of the capital.

This picturesque historic town is home to a surprising secret - one that wasn't discovered until after the breakup of former Yugoslavia - a nuclear bunker and military command centre. Known as Tito's Bunker, or The Ark, the underground shelter was built between 1953 and 1979 to protect Yugoslav president Tito.

Inside Tito's Bunker, we'll see the different rooms designed so that up to 350 people could live here self-sufficiently for six months. We'll also explore the power plants, communication rooms, dormitories and conference halls that make up this impressive nuclear bunker.

We'll then make our way to Konjic itself. The town is known for its spectacular Old Bridge, or Stara Ćuprija, crossing the Neretva River. Originally built in the 17th century, the bridge was destroyed by retreating troops in World War II but thankfully later rebuilt in traditional Ottoman style. You'll have free time to get your own lunch in Konjic.

At the end of the day, we'll return to Sarajevo, where you'll be dropped off around 5 pm.

US$ 77.90
No hidden fees or surcharges
Free cancellation up to 24 hours before the service starts
Book

Free! Free cancellation up to 24 hours before the activity starts. If you cancel under this time or do not show up, you will not be refunded.
like Free

10 / 10 4 reviews
Discover the most important spots around the city which has experienced many wars, including the First World War, with this Sarajevo Free Walking Tour.
Free!
Book
like

No rating yet
Delve into the fascinating history of the former Yugoslavia when you take this brilliant trip to Višegrad.
US$ 92.20
Book
like

No rating yet
Discover the Olympic side of Sarajevo when you take this trip to the mountains of Bjelasnica and Igman mountains, the venues of the 1984 Winter Games.
US$ 41.90
Book