Discover the legacy of the ancient Greeks and Romans exploring the fascinating archaeological ruins of Albania on this tour of Butrint National Park from Saranda. 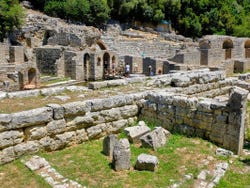 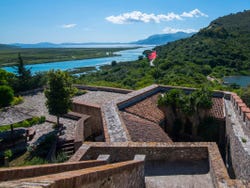 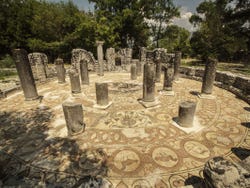 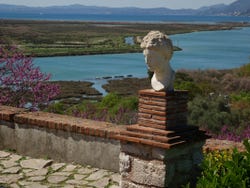 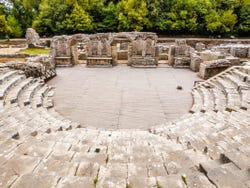 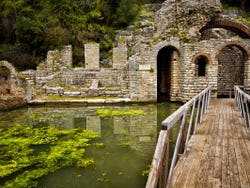 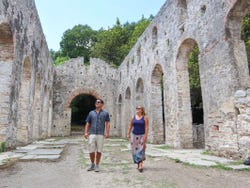 At 9:30 am on the day of your excursion, we'll pick you up from your selected meeting point in Saranda, or Sarandë. Climbing aboard a minibus, we'll drive around the city streets before setting off for the ancient city of Butrint.

After a 30 minute drive, we'll catch a glimpse of the beautiful Lake Butrint and the Islands of Ksamil, located on the Ionian Sea. We'll then reach Butrint National Park, home to an archaeological site containing incredible Greco-Roman, Byzantine and Venetian ruins.

We'll begin by visiting the archaeological ruins dating back to Classical Antiquity, exploring the theatre dating back to the Hellenistic period. Despite being around 2400 years old, the stands and part of the stage can still be seen today! We'll also admire the Temple of Asclepius, another vestige from the ancient Greek city of Buthroton.

Centuries later, the Romans conquered the city and renamed it Buthroutum. We'll delve into this era of history discovering the 6th century Baptistery and its spectacular mosaic pavement.

For the finishing touch on our fascinating guided tour of Butrint archaeological site, we'll take in the impressive views from a castle dating from the Venetian period. We'll then make the return journey to Saranda, where you'll be dropped off around 1 pm.

US$ 65.20
Free cancellation up to 24 hours before the service starts
Book

No rating yet
Explore enchanting Gjirokastër, known as the 'City of Stone', with this fantastic trip from Saranda. You will also visit the beautiful Lekursi Castle.
US$ 94.90
Book
like

No rating yet
The Blue Eye of Southern Albania is one of the most beautiful natural springs in the Balkans. Discover it for yourself with this fantastic trip.
US$ 53.40
Book