Delve into the history, culture and traditions of North Macedonia on this five-day tour: explore ancient ruins, vibrant cities and beautiful churches and mosques. 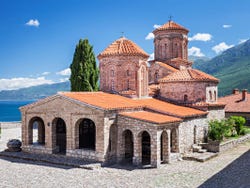 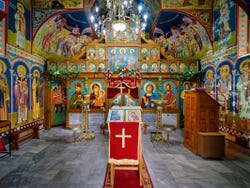 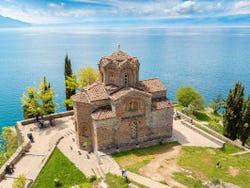 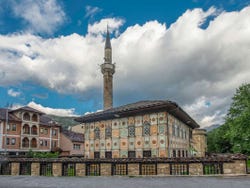 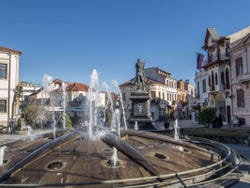 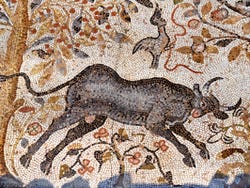 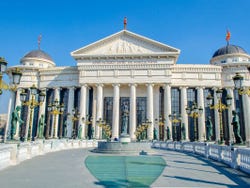 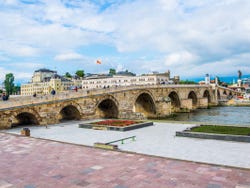 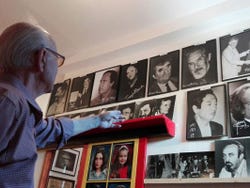 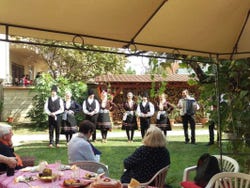 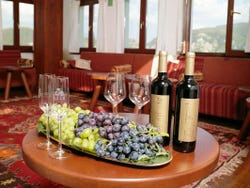 When you land at Skopje Airport, we'll pick you up from the arrivals area and take you to the hotel in the city where you'll spend the first night of the five-day tour. Welcome to North Macedonia!

After settling into the hotel, we'll take you out to dinner at a restaurant in Skopje where we'll be entertained with live music. What better way to start your trip around North Macedonia?

After breakfast at the hotel, we'll head out to visit the most emblematic monuments and landmarks in Skopje's historic centre. We'll see the Memorial House of Mother Teresa, cross over the 15th century Stone Bridge and admire the architecture of its most important buildings.

We'll then board a minibus and set off to Tetovo, a nearby town where we'll visit the Šarena Džamija, or Painted Mosque, a beautiful place of worship dating back to the 15th century. Afterwards, we'll make a stop for lunch before continuing our tour to Struga. We'll be welcomed into this picturesque town with a coffee and homemade cake, and we'll then make our way to our final stop of the day: Ohrid, where we'll spend the night.

We'll begin day three with breakfast before embarking on a guided tour of Ohrid, considered to be one of the most beautiful cities in North Macedonia. Exploring its historic streets, we'll admire its many churches, amongst which the Church of Saint Sophia and the Church of St. John at Kaneo stand out as particularly spectacular. We'll also stop a local jewellery store to see the pearls of Ohrid.

At midday, we'll stop for lunch before setting off to St Naum's Monastery, built on a rock in a lake. After taking in its beautiful architecture and the multi-coloured frescoes inside, we'll return to Ohrid where we'll enjoy dinner and a folklore show.

Leaving Ohrid behind after breakfast, we'll visit the ruins and mosaics of the ancient city of Heraclea. Did you know this site was built by the father of Alexander the Great? We'll then head to Bitola, where we'll explore its old town and see a World War I cemetery.

At lunchtime, a local family will welcome us into their home and we'll eat a delicious meal with them. After eating, we'll make our way to Demir Kapija, a small town in southern North Macedonia where we'll get to see the immense vineyards that characterise this area of the country. We'll spend the night here.

After a well-deserved rest and a delicious breakfast at the Popova Kula Winery in Demir Kapija, we'll return to Skopje, located an hour and a half away. Our five-day tour will come to an end with drop off at the airport in time for you to catch your flight.

This five day tour includes four nights' accommodation with breakfast at the following hotels. The price indicated is per person sharing a double room:

Pick up and drop off at Skopje Airport.

US$ 591.90
No hidden fees or surcharges
Free cancellation up to 14 days before
Book

Free! Free cancellation up to 14 days before the day of the activity. If you cancel under this time or do not show up, you will not be refunded.