Explore the Estonian capital and be amazed by its medieval monuments with this Tallinn Private Tour through the historic centre of the Baltic city. 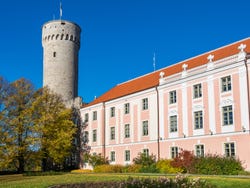 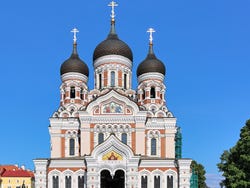 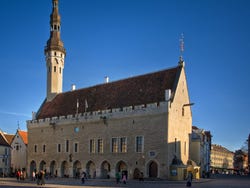 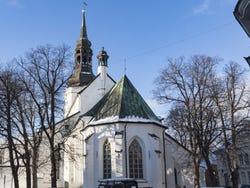 After picking you up at the agreed place, we'll start our tour by visiting the Toompea: the upper part of Tallinn's historic centre. In this area of the city, a UNESCO World Heritage Site, we'll see the imposing Toompea Castle. This historic building now houses the seat of the Estonian Parliament.

We'll walk around the outside of the fortress to see the Pikk Hermann Tower, popularly known as "the big Hermann". The Estonian national flag flies permanently from the top of the watchtower and is hoisted daily at dawn after the playing of the Estonian national anthem.

Next to Toompea Castle is the Alexander Nevksi Cathedral. This Orthodox church was built during the period when Estonia belonged to the Russian Empire. We'll take a look back at this period as we approach the nearby church of St. Nicholas, built to honour the patron saint of sailors and fishermen.

We'll continue our route next to the Tallinn City Hall, the only Gothic city hall in Northern Europe. From here we'll take a walk to the Toomkirik, the Lutheran Cathedral of Our Lady. We'll appreciate the contrast of its baroque tower with the medieval bell towers of the city.

After the tour of Tallinn's Old Town, the tour will end by returning to the starting point.

We can start the tour at your hotel in Tallinn or at a central point of the city that suits you. If you're arriving in the Estonian capital on a cruise ship, we can also start the tour in Tallinn harbour - the choice is yours!

We start at your hotel, at the harbour or in the central area of Tallinn of your choice.

Private and exclusive tour, there will be no other people in the group.

Entrance fees to museums and monuments.

No rating yet
Do you want to find out about Tallinn's communist past? On this free tour you'll hear stories of a time that has marked the evolution of Estonia's capital.
Free!
Book
like New

9.10 / 10 14 reviews
On this tour, you'll explore the most beautiful natural areas in Estonia and admire the breathtaking landscapes of Lahemaa and the villages nearby.
US$ 119.80
Book
like

8 / 10 1 review
Make the most of your visit to Tallinn with the Tallinn Card. You'll get free entry to over 40 attractions as well as discounts in shops and restaurants.
US$ 35.10
Book