Check out all the activities in Venice

Visit two of Venice's most symbolic landmarks with this Doge's Palace and St. Mark's Basilica Ticket. Skip the line to explore the remarkable attractions. 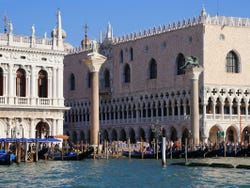 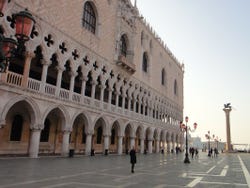 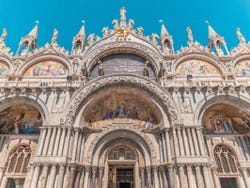 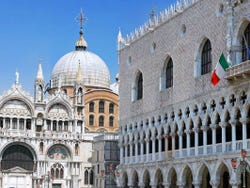 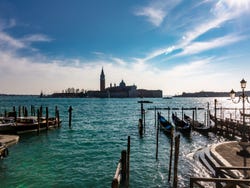 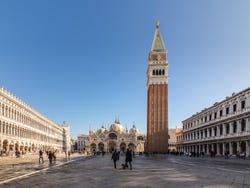 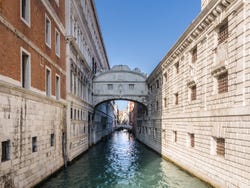 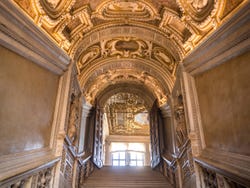 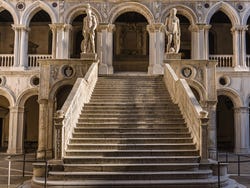 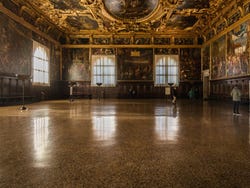 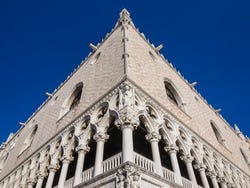 There are two unmissable monuments when visiting Venice: Doge's Palace and St. Mark's Basilica. With this combined ticket you can enter both architectural masterpieces, you just need to pick up the ticket from Calle Larga Ascensione 1257. The ticket includes an audioguide in English to discover every detail about the landmarks around St. Mark's Square.

Doge's Palace is a Venetian gothic style building which incorporates Byzantine elements. It is the best example of Venetian architecture and a symbol of the Doge's power over 1000 years.

Inside you'll find painting exhibits from the most celebrated artists in Venice, such as Tintoretto, Tiziano and Veronese. Also, with the Doge's Palace ticket you can visit the weapons rooms and the dungeons.

Important: entrance to the basilica is free, but we provide you with the audio guide.

Doge's Palace is open every day at the following times:

The Doge's Palace ticket doesn't have a fixed timetable, you can visit whenever you like within the opening times.

Also known as the Golden Basilica, St. Mark's Basilica is one of the most important buildings in Venice. Construction on the place of worship began in the 9th Century, but its actual appearance is of the 11th century. Did you know that it was originally going to form part of Doge's Palace? The basilica has a gothic Byzantine style, with a central floor, five domes and a golden theme throughout the mosaics which cover its walls. The Basilica is a must-see stop in the popular Italian city.

The Skip the line tickets for St. Mark's Basilica has a fixed timetable which will be in the afternoon depending on availability. The tickets must be picked up between 9 am and 2 pm, but you won't be able to access the monument until 2 pm.

The skip the line ticket for St. Mark's Basilica is included only from April to October, during the rest of the year there isn't such an abundance of visitors so a special entry isn't offered.

By reserving with us you'll also gain entry to the Correr Museum, the National Archaeological Museum and the monumental rooms of the National Library.

By booking this ticket you'll avoid the lines which tend to build up at Doge's Palace and St. Mark's Basilica ticket offices. However, you'll have to wait in the access queue for both monuments, as the security checks can take a few minutes.

At the following address in Venice: Calle Larga Ascensione, 1257

The activity takes place with an audioguide in in english and other language.

Skip the line ticket to Doge's Palace in Venice.

Tickets to the Correr Museum, the National Archaeological Museum and the monumental rooms of the National Library

Audio Guide in English downloadable to your mobile.

US$ 41.80
No hidden fees or surcharges
Free cancellation up to 24 hours before the service starts
Book

Check out all the activities in Venice

Lack of information when specifying what goes into the reservation. Since the entrance to the Basilica is free but it is not reported that access to several of the rooms has a cost. Otherwise the audio guide and I restore very well. Opinion translated. Show original.

The palace is very good, it is a shame that all the internal walls are covered by the exhibitions of paintings and cannot be seen Opinion translated. Show original.

9.20 / 10 363 reviews
Discover Venice at your own pace with this tourist card, offering unlimited access to the city's public transport: the famous vaporetti and the bus network.
US$ 23.90
Book
like

8.40 / 10 509 reviews
Gorgeous marbles and golden mosaics make St. Mark's Basilica one of the most impressive cathedrals in the world, and with a guide we'll miss no detail.
US$ 38.20
Book
like -8%