Discover the unique beauty and fascinating culture of Russia on board a luxury Imperial Russia train: travel on the legendary Trans-Siberian Railway from Vladivostok to Moscow. 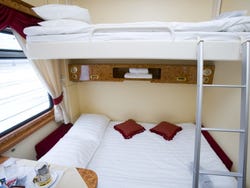 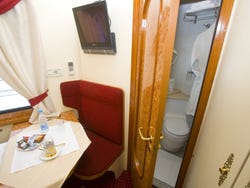 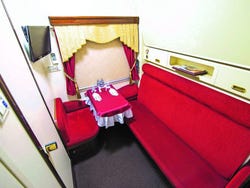 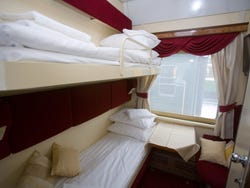 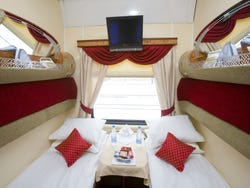 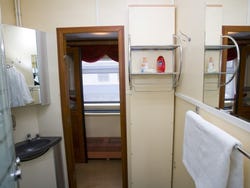 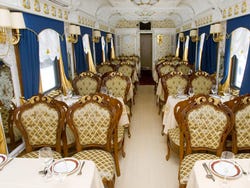 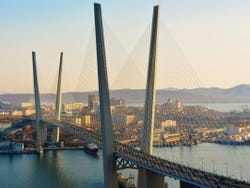 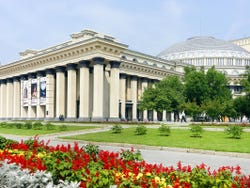 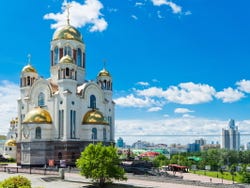 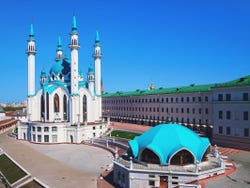 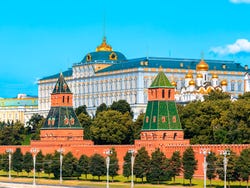 On arrival in Vladivostok, we'll be waiting for you at the city's airport to pick you up and take you to your hotel, where you can settle in and rest after your journey, ready for the adventure ahead.

After a hearty breakfast to build up our energy, we'll begin exploring Vladivostok's most emblematic monuments and landmarks, like the Fortress and the Zolotoy Rog, or Golden Horn Bay. We'll then have lunch at a local restaurant before visiting Russky Island, which we'll reach by crossing the narrow Eastern Bosphorus via the Russky Bridge, the longest cable-stayed bridge in the world. After a full day of sightseeing, you'll be welcomed onto the Imperial Russia train, where you'll enjoy dinner on board as your journey across Siberia begins.

Having had breakfast on the train, we'll embark on a short panoramic tour of Khabarovsk, ending at the city's ethnographic museum. We'll have lunch at a local restaurant before enjoying a relaxing boat trip on the Amur River, which forms a natural border between Russia and northern China. You'll be immersed in the local culture enjoying a folkloric show on board the cruise and taking part in a workshop where you can learn to paint the iconic Matryoshka dolls - a unique souvenir!

Our fourth day will be spent travelling across the plains of eastern Russia on the Trans-Siberian Railway. Did you know that the total length of the railway is 9,289 kilometres (5,772 miles)? And that it spans eight different time zones?

As the Imperial Russia train crosses Siberia, you'll have another day free to rest and relax in your cabin or take part in the various activities organised on board.

On day six of our Trans-Siberian journey, we'll arrive in Ulan-Ude, the capital of the Buryatia region of Russia, where we'll be immersed in Buryat culture and folklore on a full day of activity. We'll visit the Ivolginsky Datsan Buddhist temple before meeting a local family and learning to make typical food from the region, try on traditional clothing and put up a traditional yurt with them. Unforgettable!

We're halfway through our train tour of Russia and today is a true highlight of the trip. Arriving at the breathtakingly beautiful Lake Baikal, the deepest lake in the world, we'll embark on a boat cruise to experience the flora and fauna of this stunning natural spot up close. We'll then visit a museum to learn more about the local plants and wildlife, where we'll also enjoy unparalleled views of the Chersky Stone. To make the most of our spectacular surroundings, we'll eat a picnic on the shores of Lake Baikal before returning to the train.

After a week of travelling, we'll reach the "Paris of Siberia", as Irkutsk is popularly known, and we'll disembark from the train to enjoy a guided tour of the city's most important places of interest. We'll see the Decemberist House Museum, the House of Europe and stroll along Karl Max Avenue. Learn all about daily life here visiting the Taltsy Ethnographic Museum, where you'll also discover the traditional wooden architecture of Irkutsk, before having free time to explore the picturesque Irkutskaya Sloboda neighbourhood and its historic buildings.

We'll spend our sixth day relaxing and enjoying the luxury of the Imperial Russia train as we cross through the landscapes of Siberia in the direction of Novosibirsk. You can take the time to rest, learn about the history of the train and make the most of the different activities the train offers.

At mid-morning on the tenth day of our trip, we'll arrive in Novosibirsk, the largest city in Siberia. We'll have lunch in a local restaurant before setting off on a guided tour of the city, discovering the Opera House, the railway museum and the Ob River and its surroundings. Returning to the Trans-Siberian train, we'll have dinner on board as we make our way further west.

History fans will be enchanted by today's stop: Yekaterinburg has played host to a number of important historical events as we'll discover on our tour. Hear about the last Tsar of Russia, Nicholas II, as we visit the Church on Blood, built on the site where the Romanov family was executed. After lunch, we'll head to the geographical border between Asia and Europe - you'll be in two continents at once!

The capital of Tatarstan awaits us on the twelfth day of our Trans-Siberian journey. Enjoy a guided tour of Kazan's historic centre, which will end with a performance of local folkloric dances, giving you a feel for the city's culture. We'll also have the opportunity to visit the Kazan Kremlin, a UNESCO World Heritage Site, before putting the finishing touch on our day with a cooking class. Learn to cook delicious Tatar delicacies!

The penultimate day of our two-week trip across Siberia will see us arriving in Moscow. After a hearty breakfast on board the train, we'll say goodbye to the Imperial Russia and head into the city for our panoramic tour of the Russian capital. Explore the magnificent architectural complex of the Kremlin, admire the Cathedral of Christ the Redeemer, wander along Arbat Street and discover why the Moscow Metro is considered a living museum of art and history! Having enjoyed dinner in a local restaurant, we'll take you to your hotel where you can rest.

After breakfast at the hotel, you'll be transferred to the airport in Moscow for your flight home after an unforgettable Trans-Siberian adventure.

When making your reservation for the Imperial Russia Trans-Siberian Railway, you'll be able to choose the type of cabin according to your preferences:

This tour in two nights' hotel accommodation in Moscow and Vladivostok. The planned hotels are the following:

Trans-Siberian to Vladivostok from Moscow

If you're interested in travelling on the Imperial Russia train but would prefer to travel in the opposite direction, take a look at our Trans-Siberian Railway: Moscow to Vladivostok instead.

Pick up from Vladivostok Airport.

One night's hotel stay in Vladivostok.

Transport and full board accommodation on an Imperial Russia train.

Towels and bathrobe on board.

One nights' hotel accommodation in Moscow.

Water, tea and coffee on board.

Lunch on the first and last day.

You can book up until 30 days before the activity as long as there are still places. Book now to guarantee your spot.

You must print the voucher and show it to take part in the activity.

from
US$ 8,441
No hidden fees or surcharges
Book