Discover the essence of Washington DC on this three-hour guided tour. Marvel at the city’s iconic landmarks including the White House and United States Capitol. 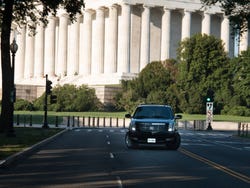 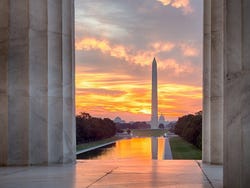 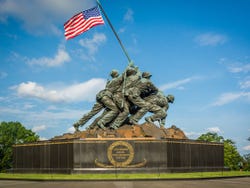 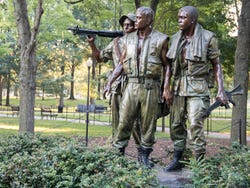 After meeting up by the US Navy Memorial, we'll begin our guided tour of Washington DC, heading towards the United States Capitol. We'll pass by the National Archives building, home to historic US documents like the original Declaration of Independence, the Constitution and the Bill of Rights.

Having admired the façades of the Newseum, the Canadian Embassy, and the National Gallery of Art, we'll reach the Capitol building itself, which houses the United States Congress. There, we'll stop to enjoy the panoramic view of the Smithsonian Museums, the largest museum complex in the world, and the Washington Monument, located on the famous National Mall.

We'll then see the city's beautiful botanical garden and pass by the Ulysses S Grant Memorial, the Robert F. Kennedy Department of Justice, and the FBI building before arriving at the emblematic White House, the official residence and place of work of the US president. We'll enjoy a leisurely stroll past the Eisenhower Executive Office Building and Lafayette Park, admiring monuments like the World War II Memorial and the American Red Cross National Headquarters along the way.

Continuing onwards, we'll see the Martin Luther King Jr Memorial across the Tidal Basin, and we'll have the opportunity to climb the steps of the Lincoln Memorial for a close-up view of the iconic statue of the American president. Another 5 minute walk will bring us to the moving Vietnam Veterans Memorial, before we visit the Thomas Jefferson Memorial.

Our three hour tour of Washington DC's most important monuments and landmarks will come to an end back at the US Navy Memorial at around 1 pm.

Tours or activities will not consist of more than 24 people per group.

The capacity of all means of transport will be reduced to 75% of their maximum capacity.

At monuments, museums and attractions, the maximum permitted capacity will be a 25% of the total maximum capacity.

Accessible only for folding chairs. An accompanying person is required. This must be indicated in the reservation.

7.10 / 10 32 reviews
Explore Washington DC's most important sites in the most comfortable and practical way. Get to know the history of the American capital on a hop-on-hop-off open-top bus.
US$ 49 US$ 44.10
Book
like

No rating yet
Discover the history of the capital of the United States while you delight your senses tasting typical local dishes on this food tour of Washington DC.
US$ 79
Book
like

No rating yet
Make the most of your time in the US capital enjoying its best sights at your own pace with the Washington DC Sightseeing Pass.
US$ 84
Book