Roman ruins, medieval buildings and modernist Gaudi buildings and much more are waiting to be discovered in the centre of Astorga. Explore them with this free walking tour! 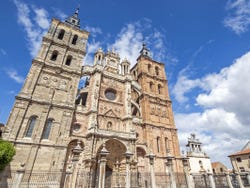 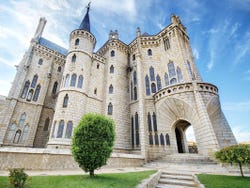 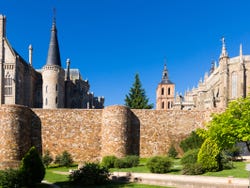 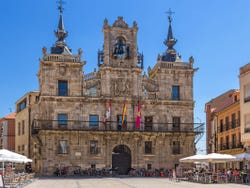 You'd be forgiven for thinking that you were in Barcelona and not in the province of León, because the presence of modernist architect Antonio Gaudí is as obvious in the city of Astorga as it is in Catalonia. You'll see this, and much more, on this incredible tour. First of all, we'll meet at 11 am in Plaza Eduardo de Castro, opposite the Episcopal Palace of Astorga, a neo-gothic treasure designed by no other than Gaudi himself.

You'll find out about what inspired Gaudi to design this palace and much more, as, whilst you admire the façade, our expert guide will explain about the building and different interesting facts. Just a few metres away, you'll also be able to admire the baroque façade of the Santa María Cathedral, which is an unmissable stop for pilgrims on the Camino de Santiago route.

We'll continue the free walking tour towards Plaza de España, where you'll see another architectural gem. This time, we're talking about the Astorga City Hall. You'll be able to appreciate the clock, which has two interesting figures on it; you'll find out all about them!

We'll also go past the Roman ruins and the ancient walls of Astorga, where you'll learn about the Legio X Gemina legion of the Roman Army and about the 19th-century Napoleonic wars. There's so much history to be discovered!

We'll end this free tour outside the city hall at 12 noon, just in time to see the bells ring.

I travelled with my partner
Show all the reviews