Explore the hidden corners and history of the city with this tour of Darwin. The Botanical Gardens, the Art Museum and the Aviation Museum await you! 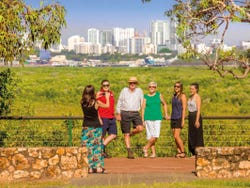 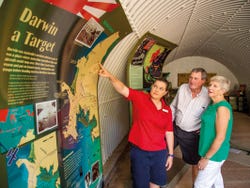 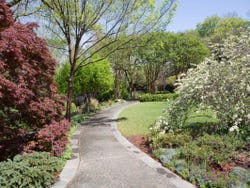 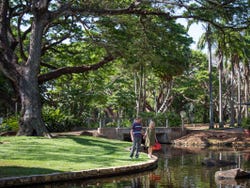 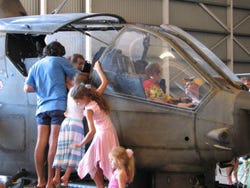 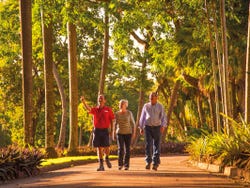 After picking you up from the meeting point in Darwin at the indicated time, we'll board a minibus which will take us to most important spots around the Northern Territory's most populated city.

You'll spend five hours discovering Darwin's history, which contains over 60 nationalities and 70 ethnicities. Our first stop will be the Darwin Aviation Museum, located on an old hangar. Here we'll see examples of historic aeroplanes, such as those used during the Second World War and the B-52 Stratofortress, the crown jewel of the collection.

Did you know that the first air raid by a foreign force on Australian territory was carried out in Darwin? We'll learn more about 'Australia's Pearl Harbour' which marked a turning point for the population.

Following on, we'll visit the Museum and Art Gallery of the Northern Territory. Finally, we'll head into the Darwin Botanical Gardens, one of the few places in the world which hosts marine plants. You'll see exotic species as you walk through the extensive terrain full of local wildlife.

The tour will end at the meeting point.

This tour is accessible for wheelchairs, only if they are small and the person is accompanied.

No rating yet
Cross the Timor Sea and explore one of the famous Tiwi islands on this Bathurst Island Tour. Discover the aboriginal crafts, rituals and culture.
US$ 228
Book
like

No rating yet
The marshes are home to unique biodiversity, and aboard this hovercraft around Darwin's wetlands you'll learn about the local wildlife, and have lots of fun!
US$ 123.30
Book
like

Darwin Hop On Hop Off Bus