Discover the spirit of London on this full-day guided tour. Visit the city’s most famous landmarks like St Paul’s Cathedral and see the Changing of the Guard at Buckingham Palace and finally relax and admire 360º panoramic views of London from the River Thames. 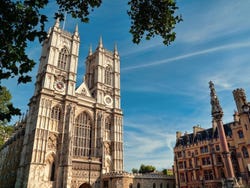 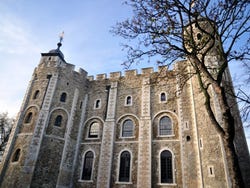 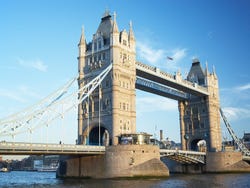 Get on board an air-conditioned coach at 8:15am at Central London, sit back and admire the city’s most famous and impressive attractions, including Westminster Abbey, Big Ben and London Bridge, while an English-speaking guide explains the landmarks and “The Big Smoke’s” history.

Continue your sightseeing tour at St Paul’s Cathedral, the second largest church in the world, and enjoy some of the best views over London from its Golden Gallery that stands 364 Ft (111 meters) tall. The Cathedral’s underground Crypt houses the tombs of numerous British national heroes such as Lord Nelson, Wellington and Sir Christopher Wren, architect of this remarkable masterpiece.

It is now time to witness one of the most popular ceremonies outside Buckingham Palace. The Changing of the Guard is a traditional parade when the New Guard takes over from the Old Guard accompanied by a band playing upbeat music.

The Tower of London is one of the most eye-catching symbols of London. This eleventh century historic castle has played an important role in the country’s history. Once used as a royal palace, it was transformed into a prison and held prominent figures such as William Wallace and Elizabeth I. It now houses the Crown Jewels.

Take a tour with one of the Tower’s Yeoman Warders, nicknamed “Beefeaters” and discover the fortification’s tales and legends.

Head to the river and embark on a relaxing sightseeing cruise down the Thames and enjoy magnificent panoramic views of London’s waterfront buildings.

Get off at Greenwich and explore this fascinating part of London, packed with historic sights, including the Cutty Sark, the only surviving tea clipper and the Old Royal Naval College.

Head back to Central London on the river boat and enjoy views of The London Eye, The Shard and Westminster Palace from the water.

The boat disembarks at 5:30pm.

Tour with an English speaking guide

Entry to Tower of London.

Just what we wanted. A full day seeing the major sites we wanted to start out trip with. Our guide was excellent!

Unfortunately, only in English would a multilingual audio guide via the app be useful. Opinion translated. Show original.

9.10 / 10 997 reviews
At The Making of Harry Potter, you can discover the original film sets, special effects, authentic props and costumes from the eight film Harry Potter series.
US$ 55.70
Book
like

9.30 / 10 39 reviews
Is there a better way of seeing London than from above? Feel like Mary Poppins or Peter Pan as you enjoy one of the best views of the British capital.
US$ 11.70
Book
like

No rating yet
Travel to the Middle Ages in London and discover its ancient prison, The Clink. Dark stories and torture tools await you at the museum.
US$ 11.10
Book