Set off on a full day-trip to Washington D.C., the capital city of the United States, from New York and visit Arlington cemetery, see The White House, the Capitol Building and other emblematic monuments followed by a panoramic tour of the city. 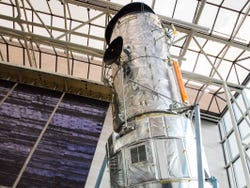 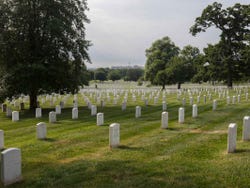 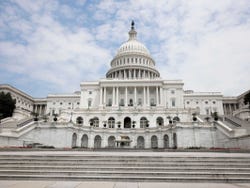 Hop on an air-conditioned coach at 7 am from Manhattan and head south, through the states of New Jersey, Delaware and Maryland until you arrive in Washington D.C.

The first stop will be the renowned Arlington Cemetery, where you’ll follow your guide through the burial ground to President John F. Kennedy’s gravesite. After visiting this place, one of the most emblematic of the city, we'll go to the Capitol, the seat of the legislative chambers of the United States.

In addition to the Capitol, we'll see 2 other locations that will allow us to understand more about the country's politics: the Senate and the White House, the famous residence of the President of the United States and one of the most famous buildings in the world.

The tour will continue to the National Air and Space Museum, which has the largest collection of air and space ships in the world. Next, we'll go to the National Mall, to visit one of the city's main attractions: the Lincoln Monument, the Korean War Memorial and the Vietnam War Memorial.

The tour will arrive back in New York at about 9 pm.

The use of masks is obligatory. Masks will be given to those clients who do not have their own.

The activity takes place with a guide that speaks in english, portuguese and other languages.

Free wifi on the bus

US$ 169
Free cancellation up to 3 days before
Book

Wow what a day, our tour guide was Marcos and he was brilliant. We had such a good day. We thoroughly enjoyed our tour to and around Washington DC

Such a good day out. Marcus our tour guide for the day was excellent. He was So informative and knowledgeable. We were given just the right amount of time at each destination to take photos and we always knew were to meet up as a group again when we had independent time on our own, The driver was excellent too I would definitely recommend this trip and company to family and friends A great day out when staying in New York and not to tiring

Our trip to Washington was top class. Our guide, Marco, was helpful, knowledgeable & entertaining. Our driver, JosephW was professional. Would happily recommend this trip.

9.30 / 10 4,824 reviews
Embark on our free New York City walking tour and explore Wall Street and the 9/11 Memorial & Museum with a professional guide.
Free!
Book
like

7.40 / 10 349 reviews
Take a day trip from New York to the fascinating Niagara Falls and be blown away by the power of three waterfalls on the border between Canada and the USA.
US$ 220
Book
like