Discover the medieval German city famous for its prominent role after World War Two, with this Nuremberg Private Tour. You'll explore the impressive sights around the second-largest city in Bavaria. 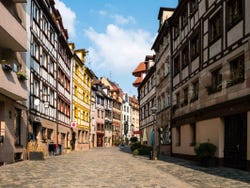 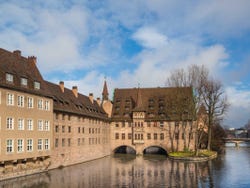 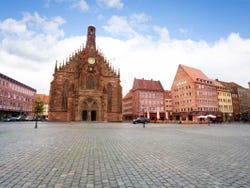 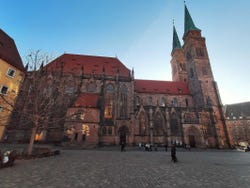 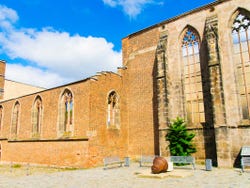 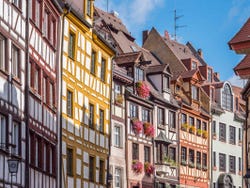 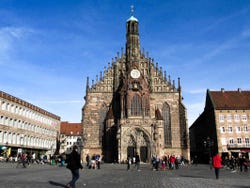 At the time of booking, you can choose between our tour options. They all include an exclusive English speaking guide. Below, you have the 3 different tours to choose from:

We'll meet at the Hauptmarkt in Nuremberg to begin an adventure through the historic city centre.

Step back in time to the Middle Ages while learning all about the more German city's past. We'll see the different fountains as well as meet the famous character of Dorothea Flock and the Legend of the Flying Knights.

Next, we'll go to the Nuremberg Wall and walk to Weißgerbergasse, a street that will take us back to medieval times just by admiring it. Do you know the names of Kaspar Hauser and Gregor Mendel? We'll discover their history!

After 3 hours the tour will end in the city centre.

We'll meet at the Hauptmarkt to begin a tour that will reveal Nuremberg's role in the Third Reich.

The tour will start with the monument in honour of the ancient synagogue while listening to what happened on the Night of Broken Glass. Following on, we'll visit the ruins of St. Catherine's Church, to learn about the role of women in the reconstruction of the city.

Then, we'll go to St. Lorenz Church, to admire its imposing facade. This Lutheran building has a Gothic exterior from the 13th century. Here, we'll talk about the concentration camps and their prisoners. Our next stop will be the Opera House. Did you know that the Nazi regime used opera as a propaganda tool?

Finally, in the historical centre, we'll talk about the Nuremberg Trials and their importance in marking a turning point in Germany. The tour will then end.

At the appointed time we'll meet at the Hauptmarkt in the city of Nuremberg. The tour will begin by talking about commercial life in the Middle Ages while enjoying the aromas and colours.

In the middle of the central square, we'll see the Church of Our Lady, a Baltic Gothic work commissioned by Emperor Charles IV. The next stop is the Hospital of the Holy Spirit, did you know that it was used as a jewellery depository during the Third Reich?

We'll continue through the St. Sebald district, and admire the church of the same name that was bombed during the Second World War. Finally, the tour will lead us to the House of Albrecht Dürer, the most famous painter in the whole country due to his paintings and engravings during the Renaissance period.

After three hours of getting to know the history of the city, the tour will end.

Private and exclusive tour, there will be no other people in the group except your partner, family or friends.

Bookings are permitted up until 9 hours before the activity as long as there are still places. Book as soon as possible to guarantee availability.

Per group from
US$ 194.70
No hidden fees or surcharges
Free cancellation up to 24 hours before the service starts
Book

7.70 / 10 6 reviews
The Nuremberg and Fürth tourist card includes free entry to various museums and monuments and access to all the public transport in the city.
US$ 33.20
Book
like

9.70 / 10 69 reviews
Considered by the Nazis as the "most German of German cities", Nuremberg was an important city under the Third Reich. Discover this dark period of history.
US$ 18.30
Book
like

9.70 / 10 23 reviews
Travel back in time on this walking tour through Medieval Nuremberg. Discover the myths and legends surrounding the city as you explore its historic streets.
US$ 18.30
Book