Discover the history of the Qin dynasty as you visit the famed Terracotta Army. Plus, you can also combine this with a guided tour of Xi'an City Wall. 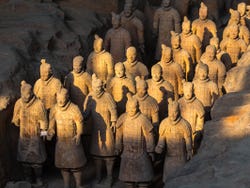 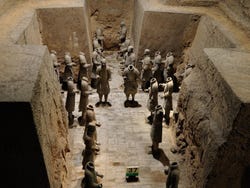 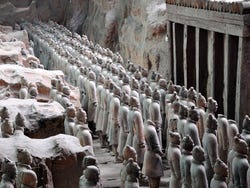 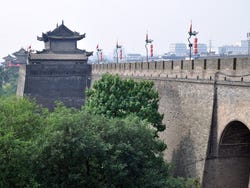 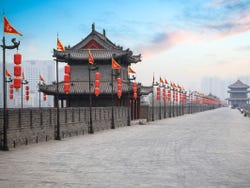 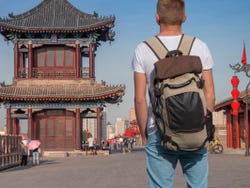 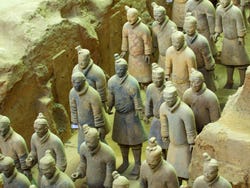 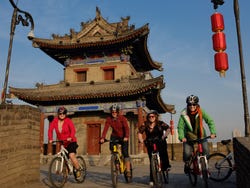 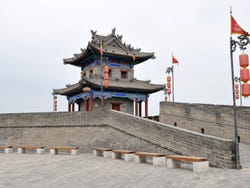 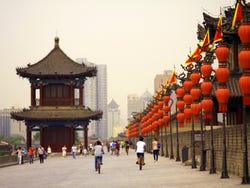 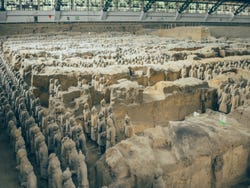 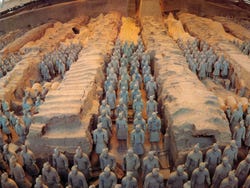 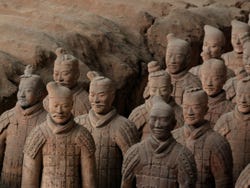 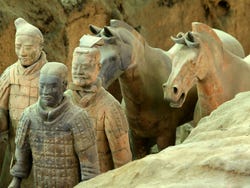 Soldiers, horsemen, archers, swordsmen... a powerful and numerous army is waiting for us! At between 8 and 9 am we'll pick you up from your hotel in Xi'an and we'll make our way to our first stop: the terracotta warriors factory. Here, you'll discover how the figures at the nearby archaeological site were moulded and created.

After the tour of the factory, we'll visit the Xi'an Terracotta Army. Considered as the eighth wonder of the world, this impressive army is made up of thousands of life-size sculptures that represent the soldiers brought together by Qin Shi Huang, the first Chinese emperor in the Qin dynasty. But why did he build such a big army? Was he anticipating an invasion? You'll find out this and more, as you also visit the Terracotta Warriors Museum.

After discovering all these secrets, you'll be able to replenish your energy with a traditional Chinese buffet lunch with local specialities. Then, we'll start making our way back to Xi'an, however, on the way we'll make a stop at the Mausoleum of the First Qin Emperor, who wanted to rest eternally next to his terracotta army.

We'll arrive back at your hotel in Xi'an at 2 pm.

If you choose this option, after lunch we'll head to Xi'an City Wall. Built in the 14th century during the Ming Dynasty, this defensive structure is almost 8.7 miles long (14 km). We'll walk along a section of the wall, and you'll learn about the history of Xi'an and the reasons behind why this wall was built.

At the end of the guided tour of the Xi'an City Wall, we'll return to your hotel at around 5 pm.

Why Not Take a Private Tour?

If you prefer, we offer this as a private tour, with an English speaking expert guide exclusively for you, your partner, friends or family.

Transport in an air conditioned vehicle.

Tickets to the places visited.

Yes, some of the areas are accessible.

from
US$ 75.10
No hidden fees or surcharges
Free cancellation up to 24 hours before the service starts
Book

We are very happy with our guide Wendy, she was just excellent!!!

Very helpfull Michael and staff. The lunch is very bad quality, it could be much better.

No rating yet
Discover China's age-old folklore, gastronomy and traditions with this fantastic dinner and show at the famous Tangle Palace. Not to be missed!
US$ 40
Book
like

9.40 / 10 35 reviews
Discover the impressive Terracotta Army on a tour from Xi'an. Plus, a private tour guide who'll help you to understand its meaning and characteristics.
US$ 175 per group
Book
like

No rating yet
Delve into the history of the Tang Dynasty, Shakyamuni and Emporer Gaozong on this tour of the Famen Temple and the Qianling Mausoleum.
US$ 296.50 per group
Book