On this tour you will get to know the most emblematic spots in Lisbon in a comfortable and original way: on board a tuk-tuk. Explore the Portuguese capital on board this unusual vehicle and make unforgettable memories on your trip. 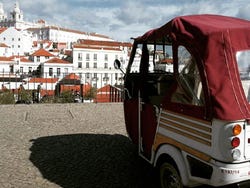 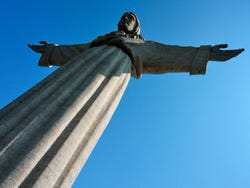 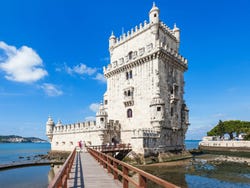 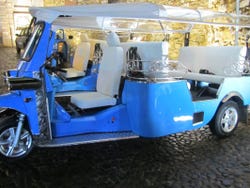 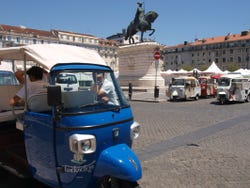 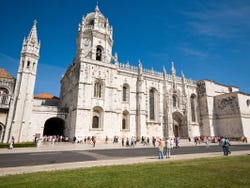 After meeting your guide at Pedro IV Square (also known as Rossio Square), you'll hop on board your tuk-tuk, ready for your tour through Lisbon. This taxi from South-East Asia has found its place in the Portuguese capital, becoming one of the modes of transport most used by tourists. Thanks to the convertible roof and the lack of side doors, the tuk-tuk is the best option to get panoramic views of the Lisbon streets.

Here are the specifics of each tour:

Tour of the historic centre (1 hour)

On this tour of the oldest neighbourhoods in Lisbon (Alfama, Gracia and Mouraria) you'll pass by the castle, the cathedral and the Church of San Antonio. What's more, the tuk-tuk will take you up to the Santa Luzia viewpoint where you'll have unique views of the Medieval city.

Discover the Bohemian side of Lisbon on this route around the "Upper District". You'll pass the beautiful theatres of the Chiado neighbourhood; spot the locals' favourite cafes and restaurants in the famous Bairro Alto itself; and admire the contrasts between the simple façade of the San Roque Church and its ornately decorated interior. You'll also get to explore the romantic royal gardens known as the Jardim do Príncipe Real.

During this complete city tour, you'll discover the most cosmopolitan and most typical sides of Lisbon, as well as embracing the beauty of its famous hills. Delve deep into the Portuguese capital's most important districts and make the most of its magnificent viewpoints. You'll also be taken to the historic centre, where a visit to the 1st century Roman theatre will be a particular highlight. This is the most complete tuk-tuk tour option, and it includes a longer amount of time at each stop.

You will feel as though you've been taken back to the 16th century with this tour through Belém, the birthplace of the "discoverers" who went to explore the Americas, and nowadays a reflection of the splendour of Portuguese colonialism. The tuk-tuk will take you to the place where the boats left for Brazil and to the majestic Belem Tower nearby. During this tour you will also pass the Jeronimos Monastery and make a stop to contemplate the Monument to the Discoveries. For the finishing touch, you'll get to try the famous pastéis de Belém, Portuguese egg tarts.

On this tour, you will drive alongside the Tagus River in your tuk-tuk and enjoy the peace and quiet of this part of Lisbon, known as the Park of the Nations neighbourhood after the area built for the 1998 Lisbon World Exposition. After taking in the contemporary architecture and immense green spaces, you'll have the opportunity to ride the cable car for spectacular views over the Tagus River.

Children under 2 years old travel free on this tour.

Private and exclusive tour, with no other people in your group.

Transport in a tuk tuk.

You can book up until 6 hours before the activity as long as there are still places. Book now to guarantee your spot.

Per group from
US$ 71.50
Free cancellation up to 8 hours before the service starts
Book

Free! Free cancellation up to 8 hours before the activity starts. If you cancel under this time or do not show up, you will not be refunded.

Very nice driver and he told us lot of the background

9.50 / 10 13,696 reviews
Explore the Portuguese capital, and immerse yourself in the past and the present of the city of Fado with this free tour of Lisbon.
Free!
Book
like -10%

8.50 / 10 49 reviews
Discover the main attractions of the Portuguese capital on the Lisbon Hills Tramcar Tour. Enjoy beautiful views of the city form the historical trams.
US$ 23.80 US$ 21.40
Book
like Free

9.50 / 10 1,512 reviews
Immerse yourself in the history, culture and tradition of Lisbon on this free walking tour of the Portuguese capital's oldest district: Alfama.
Free!
Book